Why Terry Wogan holds the key to your business’ or organisation’s success.

Do you know Sir Terry Wogan?

Whether you know who the late broadcaster Terry Wogan was or you’ve never heard his name until now, the title of this post may surprise you.

Wogan was something of a British national treasure, despite being of Irish heritage. His broadcasting career spanned several decades and many would say it peaked when he hosted a prime-time chat show on BBC1, Wednesdays to Fridays at 7pm, which attracted millions of viewers. Imagine that exposure – every time you turned on the television, there he would be.

Sir Terry also hosted the hugely successful annual live telethon, Children in Need but, believe it or not, all this television work was not where he was most successful in one, crucial respect:

It was on his radio show that he made his greatest impact in terms of the connections he made and the loyalty he built up with his audience.

Before his retirement in 2009, his BBC Radio 2 breakfast show was listened to by 8 million people every day and he was the most successful radio broadcaster in Europe.

So how was he able to build a stronger relationship with his audience on the radio than on television and what does this have to do with your business or organisation? Read on to find out…

In common with other talented radio presenters, Wogan was able to use the far more intimate medium of radio to establish and strengthen his connections with those who listened. Audio strips away the distractions of visual elements. It seems like the host is speaking directly to the listener who concentrates just on the voice and soon feels like he/she knows and trusts the presenter.

Sir Terry understood this and developed his style to make sure all who tuned in felt like part of his virtual family. He encouraged listeners to write into the show and his community grew – with listeners becoming fans. They gave themselves humorous nicknames which Wogan used as he read out their comments – which were almost always comic.

Listeners who didn’t get involved with the show directly soon got to know the names and writing styles of the regular correspondents and so felt like they were also part of the community.

This led to the creation of what I call ‘repeat attenders’ – millions of people who turned out and tuned in again and again to listen to Terry’s show because they knew they would be entertained by his kind, Irish humour but much more importantly because they felt a deep connection to him, his show and the community of listeners which they believed they themselves were an important part of .

So think about your customers, prospective customers or members for a moment. What if you were able to create, deepen and sustain the kind of connections that Terry Wogan had with his audience? Do you think that would help in retaining and enriching the experience of your audience?

But hold on, you can’t just start a radio show can you?

Well, nowadays you can, for only a small investment of time and money – it’s called (as you may already know) a podcast and the beauty of this (relatively) new medium is that it’s on-demand and digital, so it’s free from the constraints of time, place and access.

More and more people are discovering podcasts across the world, and, given the right training and support, you can reap the same benefits Terry Wogan did.

If you’d like to join my newsletter to hear more about how I can help you to launch your own podcast, please fill in the form below: 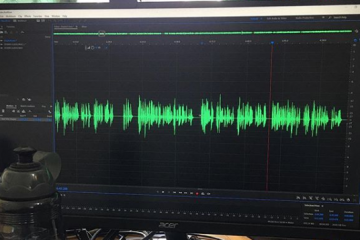 What to ask a podcast editor before you hire them

Are you feeling overwhelmed by the amount of work podcasting takes? What can you do to reduce the time commitment? Read on to find out… There are lots of ways to claw back your time Read more… 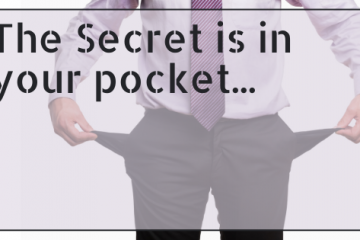 The secret to getting more audience members is in your pocket – and theirs.

Are you satisfied with the number of people you have in your online audience? Are you always looking for more? The key to gaining a larger audience is CONNECTION. You may agree but how can Read more… 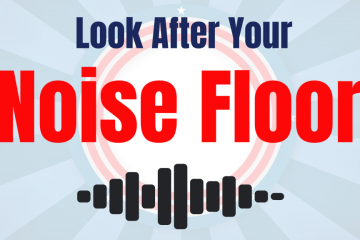 How to improve your podcast sound – work on your NOISE FLOOR!

I’ve been enjoying creating video for LinkedIn. This time I mess about while showing you how to manage your noise floor – what it is, why it’s important and how to minimise it. Here’s the Read more…